How can we help you today?

How do you delete a Custom Appendix? Print 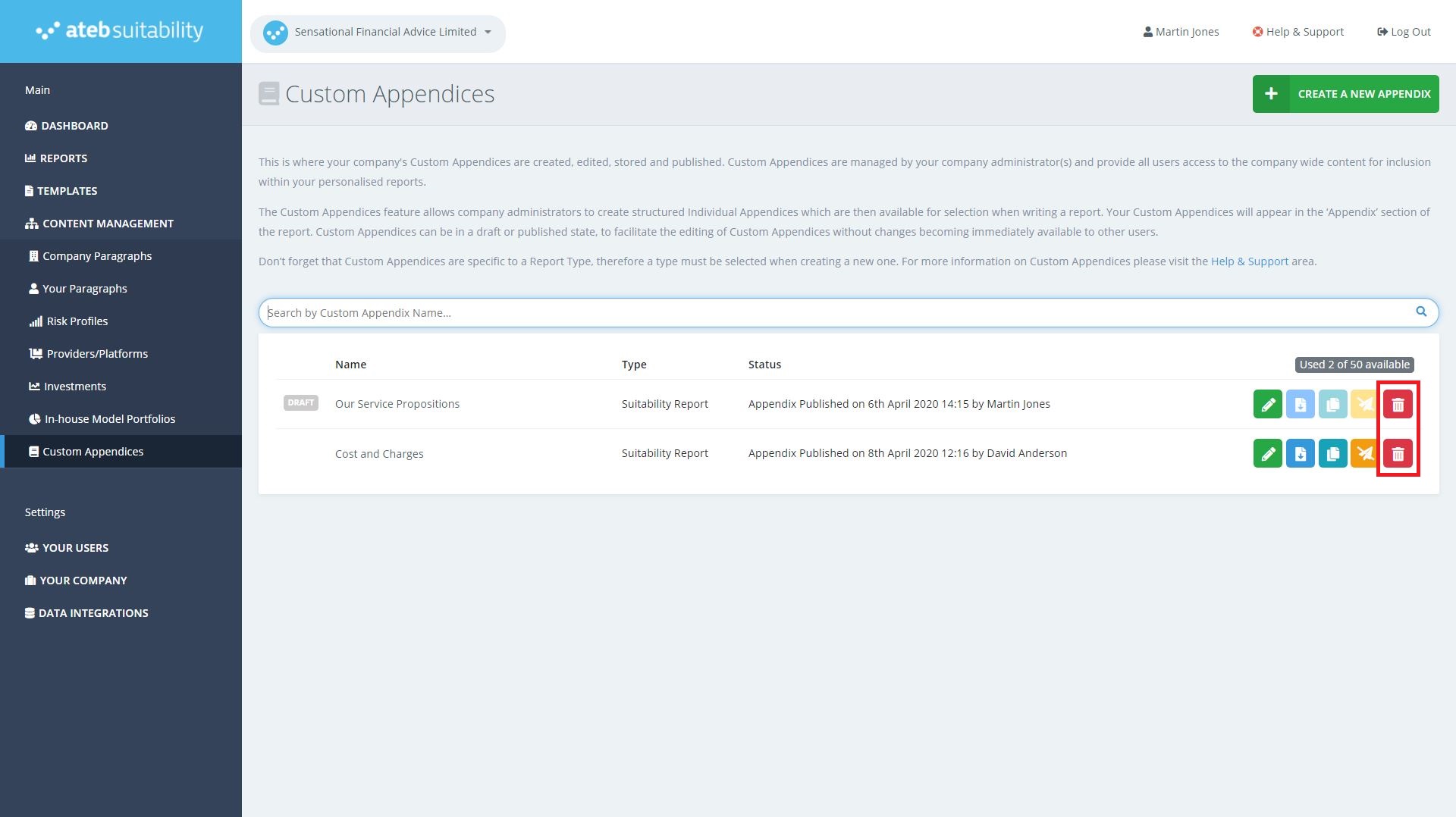 Once the button is clicked a pop up screen will appear that the user to confirm their choice of deleting the custom appendix from the system. If the Custom Appendix has been published, this pop-up box will appear with a warning message.

Did you find it helpful? Yes No

Send feedback
Sorry we couldn't be helpful. Help us improve this article with your feedback.